Renovations by the Decade

The Blue Ribbon Foundation started in 1993 with big ideas. The Foundation set a goal to renovate the historic Fairgrounds one building at a time.  With support from Iowa State Fair lovers across the state (and country) – our organization has raised more than $160 million and improved the Iowa State Fairgrounds for 3 decades!

There have been large projects, constructing brand new buildings but there have been even more smaller improvements made across the 445 acres. Below are just a few highlights over the years. 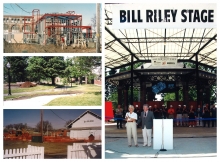 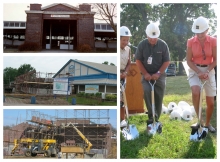 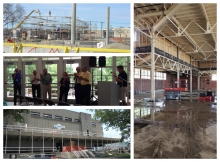 As years pass and progress is made – the Blue Ribbon Foundation looks to the future. To keep the historic Iowa State Fairgrounds in the best condition for the next generation, the Foundation created an endowment. When you donate to our endowment, you give a gift with both immediate and long-term benefits. Endowment donations are invested. A portion of the annual income from the investment can be used to address immediate renovation needs. The remaining funds are reinvested to ensure indefinite support.

As we kick off 2020 - thank you to our loyal donors who have supported us from the very beginning. These Fairgoers have watched the Fairgrounds transform since 1993. And thank you to the donors that just joined our mission in the last year. The Blue Ribbon Foundation would not be successful without each Fairgoer, volunteer and donor.

Cheers to a new year and a new decade!