As we enter the month of June, preparation for the return of the Iowa State Fair and the events leading up to it are in full swing. Although some things about the Fair never change, let’s take a look at what the Blue Ribbon Foundation was doing ten and twenty years ago.

This duo’s extraordinary teamwork does not go unnoticed. Scott Little and Shawn Roorda worked together professionally for over 15 years and had both greatly contributed to the Fair through volunteer efforts and involvement in the Blue Ribbon Foundation’s programs. Together they teamed up to create a photoshoot for the Fair Squares project. Talent and teamwork are a fantastic combination to continue the Blue Ribbon Foundation’s mission.

Waverly, Iowa native David Wescott spent countless hours volunteering for multiple days at the state Fair each year. On top of the time he dedicated, David also made generous donations to the Foundation in the form of the brick, bench, and tree programs. David’s pride for the Iowa State Fair was evident in the contributions and dedication he shows each year.

Some programs like the Iowan of the Day still remain in 2021, while others programs are completely different from 2001 and 2011. What remains the same is the spirit of service from the supporters of the Blue Ribbon Foundation that commit to ensuring a great atmosphere at the Fair for generations to come. 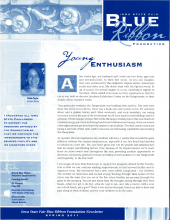 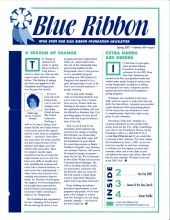